Genue, Inc is a company based in Massachusetts that offers applications enabling customers to create one-of-a-kind designs without having to learn sophisticated tools.

Developing and delivering a composite app that could allow the user to create a design by scratch or by pre-existing visuals. Emphasis was placed on usability and user-friendliness. 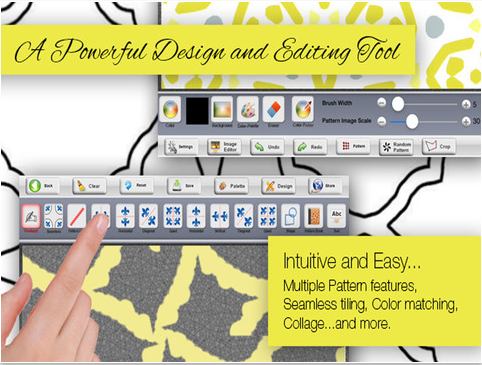 Genue, Inc reached out to us in order to develop an app for iOS. The basis for the idea was that there was a need for a design app for consumers. The user-base for this app was meant to be people who wanted to turn his or her authentic designs into custom fabrics, paper products, wall coverings, decals and so much more. Versatility was key as end-products were as diverse as their potential customers.

The Challenges We Overcame

Mobile devices inherently impose more latency than a desktop computer. To test the functionality of the app on multiple mobile devices, we implemented a hybrid approach to performance testing. Using simulators in conjunction with a few key mobile devices we were able to optimize the app for the largest portion of the app’s user base.

Functional testing tends to be a given, but mobile apps require a special emphasis on non-functional testing—namely security and performance. Security had the highest visibility within the software development lifecycle.

Testing a mobile app is a laborious process. This is particularly true for an app like Genue, that is heavily modifiable by the user and there is constant interaction. We considered a number of factors and implemented a number of solutions to complete the testing for Genue and prepare it for the user-base:

Selecting Target Devices:The target device for Genue needed to represent the majority of the user-base in order to optimize testing time and reduce the total cost. We needed to ascertain that the app could be successfully downloaded to any device and be executed by that same device, with the correct back-end infrastructure.

Different OS Versions: As mobile quickly overtakes the desktop market, there is a rapid growth in the launches of newer OS versions across all devices. We tested Genue in a wide variety of versions and OS. We tested in across several iOS launches and Android versions, with every possible screen resolution.

Automated Testing: With the help of Apple Instruments for the iOS version the memory leaks were removed, scripts were generated and application crash logs were maintained. In the Android environment, tools like ADB, Logcat, DDMS and Monkey helped us in our automation routines.

What we eventually delivered was a composite application (in 2 different forms with the Pro version selling for $59.99) for Genue that gave their users a comprehensive design experience. We were able to balance the triangle of constraints (quality, time and cost) and managed to output a product ready-for-market.