In response to Amazon Web Services’ growing appeal, Oracle recently announced big pricing changes. Now in oracle cloud pricing, it would allow hosting of their products in AWS environments. CEO Larry Ellison (Oracle) and Jeff Bezos (Amazon) are now creating a tabloid war while competing with one another for cloud supremacy. Microsoft CEO Satya Nadella has seemingly stayed out of the cloud war of words until this point, but we bet it is only a matter of time until Microsoft joins the fray. Compare Amazon AWS vs. Oracle Cloud Pricing using this chart. 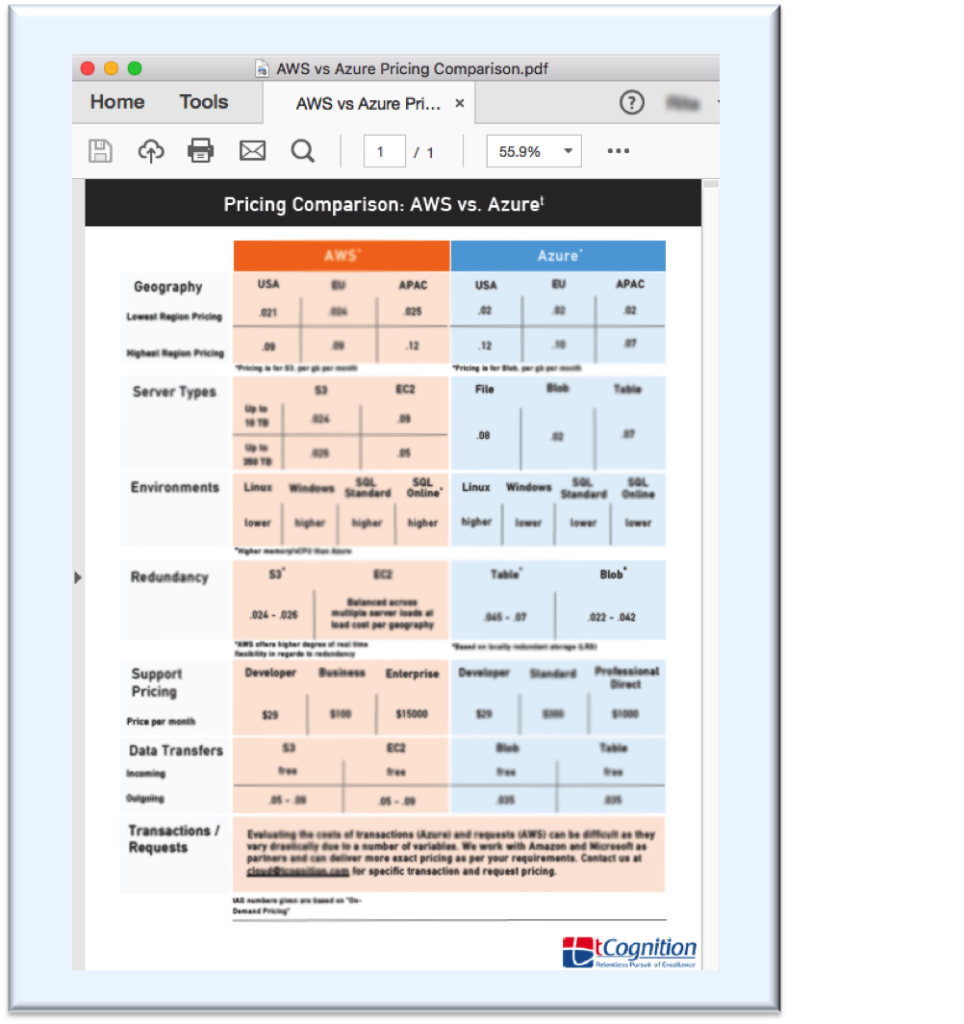 To this point, AWS is more affordable generally speaking than Oracle Cloud. In September 2016, Ellison declared Amazon’s lead in the public cloud had ended, but we are hedging our bets that it is smoke and mirrors. The Register recently reported that Oracle, “effectively doubles license fees to run its stuff in AWS”, which may be the wrong way Oracle makes good on their promises that their cloud will be faster and cheaper. The fact is, Amazon’s EC2 product is threatening Oracle’s core customer group – enterprise-level businesses. In our opinion, Oracle seems to have a lot more catching up to do in both price and functionality before it can even hold a candle to Amazon.

We find that Azure has a much more robust infrastructure than Oracle, and it makes a stronger apples-to-apples comparison. AWS has two core products: S3 and EC2. Similarly, Azure has two core options, with Blob and Table.